I used to blog on another platform. Check out what I shared in earlier years here.

Chills were sent down my Spine, I kept running through the meadow’s as a presence was following me from behind , I ran for what felt like Hours until a bright light struck me , I covered myself as I started to slow down dramatically , Panting like a wild dog .


Maverick flung his eyes open as he was faced up with a old Cabin , needing shelter he barged in and hid upstairs, Thinking his Mate’s would never find him in this hiding spot, But sudden footsteps were approaching , his first thought was his Friends discovering the abandoned cabin , but he noticed these footsteps were much more heavier , Scarier , and even had a sort of ring to it .

Maverick backed away from the door and stacked himself on a few wooden planks that lead upwards , then the door was swung open , snickers & Giggling could be heard , he really thought is was his friends so he dunk and made sure he was completely hidden , but then he was grabbed by the Ankle, forcefully being dragged down , he grunted as he landed on his buttocks “ Not Cool. .” He said with a sarcastic tone , he groaned as he rubbed his head and looked upwards at the figure , Pausing as he got the chill of his life. . . 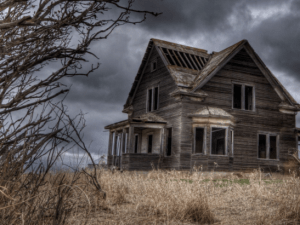 (For this task , we had to once again become one with the Image , Or well something like that , Part 2?)

About Me | Ko Wai Ahau

Hello! My name is Atawhai, I am a Year 8 this year and I am turning 13.  I live with a family of 11 including my parents and a cousin, I have 2 cats, a male and a female who sadly breeded together.  I have lots of different  favourite foods, mostly deep fried.  My hobbies consist of many things, anime, art , eating, hanging out, APEX, talking online and adventuring.  I am half Cook Island and half Maori.

Keep connected with this blog