I used to blog on another platform. Check out what I shared in earlier years here.

➳ Startled, he thinks it’s a dream. Martin wakes up not knowing what has happened and where he is? The last thing he remembers is eating his plate of bacon and eggs in business class on the Emirates boeing 737.


➳ He hurriedly picked himself up as his eyes cluelessly scanned the empty cold field , finding Endless mountain’s of cold thin sand, almost sand you’ll find in a Hourglass which sent shivers down his spine. He slowly regained his strength as he boosted himself up and looked behind him , encountering a chilling discovery to be hold ‘‘ A. .Plane? ’’ He thought to himself , but then it hit! , everything that happened came zooming back into his mind. .He stumbled back , falling and shrieking like a girl .

➳ Martin wasn’t familiar with this atmosphere, He was a 23 year old wealthy man, for all his life he was known as the “Son of a famous Actress & Prosthodontist “ , in the line of Inheriting his fathers wealth he had to work for it .

➳ He kicked himself up as he ran straight ahead , starting to panic as it felt like his heart sank into his stomach , he continued running as he slowly slowed down , falling onto his knees and panting like a dog , he looked up as his vision went blurry , soon enough fainting from not having regained his energy just before 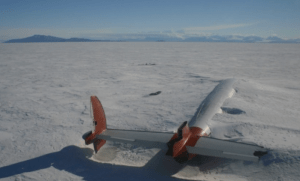 About Me | Ko Wai Ahau

Hello! My name is Atawhai, I am a Year 8 this year and I am turning 13.  I live with a family of 11 including my parents and a cousin, I have 2 cats, a male and a female who sadly breeded together.  I have lots of different  favourite foods, mostly deep fried.  My hobbies consist of many things, anime, art , eating, hanging out, APEX, talking online and adventuring.  I am half Cook Island and half Maori.

Keep connected with this blog